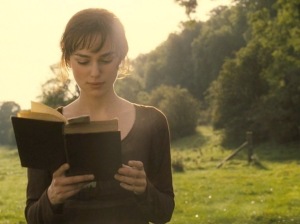 While I love to read, 2014 was not a year for lots of books for me. I am lukewarm about several that I read, but other books did impress me–and I am picky about literature. Good literature only whets my appetite for more.

You’ll see what I have read, and then what I plan to read, both in novels and in histories. There’s even a very last, ambitious list at the bottom which I’ve just discovered. What books would you recommend to me?

More ambitious at the beginning of each year than toward the end, I’ll list the ones that intrigue me, and we’ll see if I can maintain this level of ambition.

Histories (This is where my ambition comes in. I would like to study more histories…)

But wait! Look at this list that my son just sent! I have already read many on this list, but now I want to read several more and then travel to the English counties in which each was based! Behold The Stars

You can suggest more that might be intriguing. Let’s see how many of these I accomplish, or whether my ADD tendencies (Look! A bookstore!) cause me to wander into other titles through the year.

This year I read a great deal, since I am still on low energy and need plenty of resting time. I chose many books based on recommendations from friends and family. I also went contrary to my nature and followed the recommendations of Amazon, since I read almost exclusively on a tablet device. Amazon and I have a close, enduring relationship. I pay Amazon lots of money, and it feeds my addiction. There might be something wrong about this relationship, but I can quit anytime I want to.

My taste in novels this year has been quite eclectic, such that you cannot pin me down to any one genre for very long.

This year I returned to some of my favorite contemporary authors, like John Grisham, Jeff Shaara, and David Baldacci. I also picked up a newly discovered novel by the late Pearl S. Buck, who has been a longtime favorite of mine. Loved the Grisham, Shaara, and Baldacci novels; grew very bored with Buck.

David Baldacci: I stopped reading Baldacci a few years ago when he killed nearly everyone I cared about in Last Man Standing. My husband told me that he liked a new series by Baldacci, the King and Maxwell books. We read King and Maxwell on audio during a road trip. The story included many interesting characters and involved a great story of international intrigue.

Jeff Shaara is always good for a wartime history. I have never met a Shaara book I didn’t like, so I read his World War 2 novels and thoroughly enjoyed them. I’ll pick up his newest Civil War books in 2014. His World War 2 series: No Less Than Victory, The Steel Wave, and The Final Storm.

One of my longtime favorite authors has been Pearl S. Buck. In 2013 her heirs announced that a new manuscript of hers had been found and authenticated. Wanting to see if the book would match her earlier excellence, I read Eternal Wonder. I put it back down about half-read. It was boring and did not hold my interest in the least. What a disappointment.

I was eager to finish the Divergent trilogy by Veronica Roth, so I picked up Allegiant. The novel answered all my questions from the first two books, Divergent and Insurgent, but not well. I was disappointed; it seemed as if the author was in a hurry to finish the novel, and she didn’t wrap things up well.

Patrick Rothfuss has written a fascinating fantasy novel, The Name of the Wind, which I read in 2012 and loved. His next novel, The Wiseman’s Fear, could probably rate as better than the first. The story is brilliant, and its characters are deep and engrossing. With the exception of a strange interlude into a fairy’s lair, the entire story held together extremely well. I can’t wait to read the third, which comes out in 2014.

Brandon Sanderson writes good fantasy novels, such as his Mistborn series. I thoroughly enjoyed Mistborn (book 1) and Well of Ascension (book 2). I thoroughly recommend these to any fantasy fan.

Alan Bradley continues to write an excellent series on the character Flavia De Luce, an 11-year-old prodigy in post-WW2 England. She is delightful, curious, bright, and humorous, and I love how he weaves an excellent mystery into this young girl’s life. His newest novel, Speaking From Among the Bones, did not disappoint.

The novel Sarum by Edward Rutherford has long been on my reading list, but it always looked too long and boring. This was the year to read lots of books, though, and I piled them on. Sarum is the novel of England, from ancient times to the present. Since Rutherford has to leap from one age to the next in his novel, he can understandably only focus on a few characters for a brief time. Just as I got to enjoy a character, Rutherford leaped ahead a couple of centuries and I lost the character. However, the book was well-written enough that I wanted to read more of his books. I picked up Russka, the novel of Russia. I will read his novel of Ireland next year.

My favorite genre is historical fiction, so I tend to gravitate in that direction when I don’t know where else to go. I launched into my continued love of the Plantagenet and Tudor rulers of England, and some of the books were well-written. Please keep in mind that some of these novels contain some salacious moments and may not be appropriate for teens. (Some may not be appropriate for me either!)

Some miscellaneous novels were recommended simply due to my past reading choices:

Finally, a friend challenged me to read something not on any of my lists, namely I, Robot by Isaac Asimov. Though it was never anything like the movie, the book was interesting. Asimov’s science fiction peered into the distant future but used low technology that was available to him at the time, like slide rules and television tubes and paper books.

Our small group Bible study met regularly to discuss the book The Hole in Our Holiness by Kevin DeYoung. I am not, have never been, will never be a fan of the self-help Bible study book or even any topical study book meant for Christians. So getting me to read this book took a lot of effort and coercion on the part of my husband. This book turned out to be pretty good, elaborating on the Reformed view of holiness–sanctification–of the believer.

In all, that looks like 37 books. For a person low on energy, that sounds just about right! Can’t wait to see what I will be reading in 2014! Let me know what you recommend.